The Dog Blog gets patriotic

Posted by The Polesky Insurance Agency on October 16, 2013

Today our country stands on the edge of a precipice of our own making.  The actions of the few, those who we elected as our political representatives, have had (and could continue to have) serious negative repercussions on the many.  As we watch, waiting anxiously for word that our chosen government will continue to honor its financial obligations, we debate amongst one another about the proper way that we should move forward – sometimes cordially, sometimes not.  But I am reminded over and over throughout this process of how much these types of situations represent some of the best characteristics of our great nation.

I had a brief conversation with my brother recently about whether or not we could still be considered the greatest nation on Earth.  He brought forth a large amount of hard analytical data that would seem to indicate that we are not.  While I do feel that these figures demonstrate how our country has slipped, I don’t feel that they represent the full picture of what makes us great.  Part of that greatness cannot be easily quantifiable.

While the political process is considered by many to be corrupt and reprehensible, it is part of what I feel makes this country so great.  Even the small minorities of opinions can be represented if they are able to collaborate and get a candidate who represents their opinions elected.  We want to pour fire and frustration into the laps of our politicians, but we conveniently forget that we are all responsible for having sent them there to represent us – and in that, we find one of the greatest things about our country.

This will create difficulties and dissention, and sometimes results in very challenging situations like the one we currently face.  But I hope that we do not lose sight of the fact that these difficulties and challenges are created by one of the things that makes us such a great nation – the ability to have a fully representative government.  If we don’t like where our nation is headed, we have the ability through voting and elections to change that direction.

In addition, the sometimes heated debates that we have in various forums – in person, via social media, e-mails, etc – is another character of our country that makes it an incredible place to be while also being not easily quantifiable.  There are plenty of places in this world that has either limited or no ability to speak their mind freely and discuss the actions of their government openly.  I think sometimes we take this freedom for granted as we express our frustrations in the state of our nation.  Such freedom of speech is unheard of in places like China and North Korea, and severely limited in many other places.

Ultimately, I hope that reading this reminds all of us that we are not merely Democrat or Republican, conservative or liberal, but instead that we are all Americans.  While we may disagree on the questions of who, what, why, or how, we all share a common bond in our freedom of expression and our ability to alter the course of our great nation. 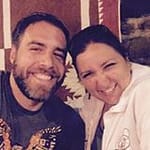